A formal garden…..oh, how great they looked in the books and gardening magazines. Yup, we’ll do that one day. So….we did! But we got way more than we bargained for and I mean that in all good ways!

The land was barren; it was a former sod farm. There was nothing good about the scape nor the dirt. But we did have our backdrop of the mountains – well, foothills I guess to y’all in real mountainous places on this globe.

We had moved from a place where we kept a large vegetable garden and somehow, my brain went completely haywire as I drooled over the formal garden pictures.I wanted flowers and boxwoods.I pictured myself in a lovely hat with an English trog and my snips out there just cutting gorgeous blooms; coming in and arranging perfect creations for the new digs.

My husband is an Engineer by training amongst other things. He also knows me to a “T”. Okeedokee, a formal garden you shall have m’dear. But he knew – he can see into my future way better than me J

I sketched out a layout of geometrical patterns. After studying them for a bit, off he went to the yard with a piece of twine and a stake and a can of paint and there was my circle. Next, he scraped the “builder’s grass” off the clay with his Deere and put down a bed of gravel. We spent the next several weekends leveling – uggghhhh. Once it was done it was off to the lumber yard. I couldn’t for the life of me figure out why he bought pressure treated lumber as we’d never used this in our vegetable gardens unless it was old. Remember, I said he sees my future J

Every weekend we would sit with the mitre saw out on the gravel and cut and bind with wood clamps. Then, screw all the corners together – yes, he insisted on wood screws so if something came loose, he could unscrew rather than yank out nails – the Engineer in him. As each piece came together, we would then dig with shovels down about 4 feet. Then we backfilled with good dirt, compost, coffee grounds – you name it – from wherever we could scrounge it free. I went to every Starbucks within 20 miles every Saturday morning – they gave me their garbage bags which had to be sifted, but still, it was good. People gave me very weird looks, but I didn’t care – formal gardens were coming!

We had started in September and it was now November; still some decent weekends to work. Early one Saturday morning, the man was out on the Deere with this crazy attachment. It was a 3 foot cast iron bar with a point on the end and he was digging a huge horseshoe shape around the circle – what was up with that? Well, he dug and then scooped with the bucket til he had a 6 foot wide horseshoe trench around the circle. That meant only one thing – go with our shovels and get free mulch at the dump…..Yes, it got filled with mulch and dirt and mostly composted horse manure – more on that sometime later. I wasn’t quite sure why the huge, wide border was happening but the man was working hard – no questions!

Finally we were semi done! The winter was spent tending seedlings of perennial flowers and ordering bare root roses and dreaming of a beautiful cutting garden. Then came spring….the rains came, it was mud and cold and the seedlings were puny and the roses were sticks and my hands looked like I’d been through a war and there was no pretty hat and no trug and no magazine stuff and….**SIGH** Oh, but the man knew J

He said just wait….next year you will have your “look”. After spending nearly nothing for the supplies so far, he presented me with a beautiful load of sod one sunny Saturday – and he handed me a knife – let’s get busy. Now sod isn’t hard to lay, but cutting it around corners when you’re working with an Engineer….? It’s hard.

Fast forward another season.We threw in some $12 trees and a lot of bulbs.We planted our Conifer bones which wouldn’t grow up for awhile, but bones we needed!The garden was everything I ever dreamed of.

In June that year, my husbands parents were celebrating their 60th Anniversary – ya gotta celebrate that of course. We invited them for lunch. As we walked under the arbor, my Mother in law said, oh my…..I always wanted a garden wedding but we got married so quick before he shipped out – WWII – stuff happens ya know. So we said let’s take a pic of how it might have been J

But of course, my husband knew the future – he knew that I would eventually see the perennial horseshoe bed as my cutting garden. He knew that I would only have to spend 2 seasons without our own fresh vegetables…but he had planned “around” me. I now have wonderful raised beds to grow our vegetables in and the wood has leached all it’s treated stuff out so we are safe J

We still have our “formal” garden, but it’s become the real garden I dreamed about. Yes, my hands still look like they’ve been through a war, but I really don’t care! 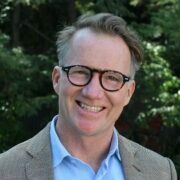 decoratingparty
I am Lucas Tyson. This is my Architecture and Design Blog where you can find some of the best designs that I made.